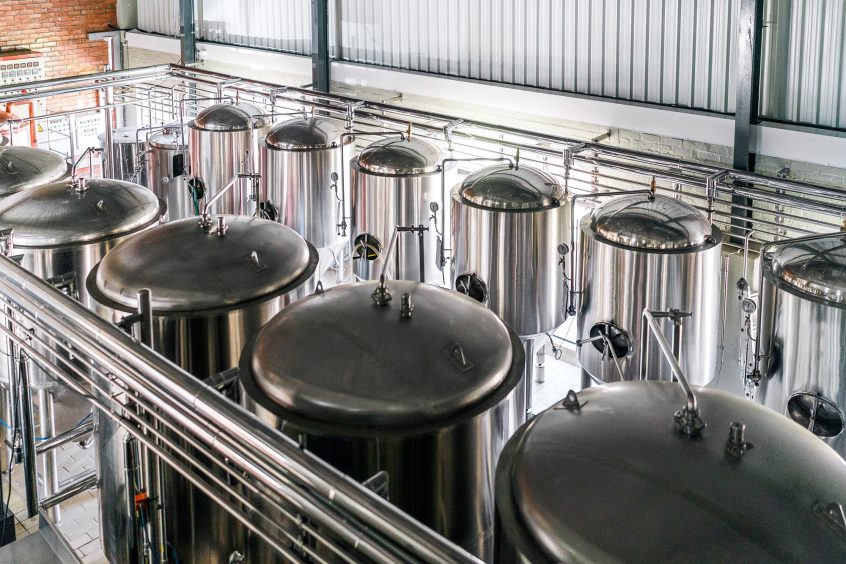 It’s sometimes said that of all the people who have ever lived, that 50% of them are alive today. The science on this fact is questionable*, however, 7 billion people (and growing) are pushing the limits of our global food production. If we also consider the estimated 1 billion people worldwide who suffer from protein deficiency*, we realise the need for efficient, affordable and nutritional protein options. Staying within the boundaries of our planet and providing food to our population will prove challenging and will require a large-scale shift to alternative proteins.

Within this space, fermentation holds undeniable potential with technologies changing paradigms for meat, eggs, dairy and fats. Fermentation can not only produce protein at scale with little resources and a small carbon footprint, but it can also positively contribute to the nutritional profile of foods and the sensory experience including mouthfeel. This all comes without the undesired cholesterol, antibiotics and hormones often present in animal-based products.

There may be 7 billion people on earth, but there are trillions of unexplored microbial species and thousands of edible plant species which when paired, could provide a monstrous number of nutritionally dense, plant-based, low CO2 solutions.

You might consider fermentation as both old wisdom and new technology. It’s existed for centuries to preserve food, produce alcohol, improve nutritional content and increase bioavailability of foods. It’s the reason we enjoy wine, cheese, tofu and more recently, kombucha. Fermentation uses microorganisms (eg. yeast, algae and fungi) to extract energy from carbohydrates (sugar) in the absence of oxygen. In doing so it produces a “by-product” which is often alcohol, but in some cases it’s protein – that’s where things really get interesting for the alt protein market.

Fermentation can be used in both animal and plant-based food products but new fermentation techniques are producing products such as proteins, lipids, and functional ingredients that can compete with animal-based alternatives. Fermentation has seen such promise, that it’s now being considered the main accelerator of the rise of alternative proteins*. The high potential of fermentation is largely the reason that in 2021, the investment in fermentation technology grew almost 3-fold compared to 2020*. Technologies include alternatives to whole-cut meat, seafood, yoghurt, milk, ice

Traditional fermentation is used in both animal products (cheese, yoghurt, kefir) and plant products (tempeh, tofu, miso, kimchi). It uses live microorganisms to change flavour and taste through fermentation, as well as improving the amino acid (protein) profile of plant based foods. For example, soybeans can be transformed by the rhizopus fungi to produce tempeh.

Numerous microorganisms have a high protein content (>50% by dry weight) and fast growth potential*, making for an efficient and large production of protein biomass. The doubling time of these microorganisms can be hours, in comparison to days and weeks that conventional meat would take to grow. Biomass fermentation occurs in bioreactors which, given their space-efficiency, make biomass fermentation one of the most efficient protein production methods in existence. As an example, Quorn uses filamentous fungi fermentation in their meat alternative products.

In precision fermentation, single microorganisms are utilised but in a different way. Microbial hosts are used as “factories” where cells produce specific functional ingredients. The specific parameters of fermentation allow for a product with greater purity and improved sensory characteristics. The resulting enzymes, flavour molecules, flavouring agents, vitamins, natural pigments and fats can be produced relatively simply and in large quantities. For example, insulin for diabetic patients is made with precision fermentation, as well as heme protein in Impossible Foods’ burgers, creating an iron-rich mouth feel.

cream, cheese and fats. With the Icos team actively tracking over 120 companies in the space, even more promise is given to a high potential field of technology. These companies explored a range of technologies, each relevant to traditional, biomass or precision fermentation.

These three categories of fermentation, while helpful, are often not mutually exclusive. Many products explore multiple technologies. This is true for biomass and precision, where some functional ingredients make up large parts of the end product.

Furthermore, hybrid products crossing between different production methods of alternative proteins have also come to market. An example of this is the soy leghemoglobin in the Impossible burger which is included in a plant-based product.

In terms of challenges, fermentation is less problematic compared to other alternative protein challenges. Set up and scaling challenges do exist, but there’s no reason why fermented proteins can’t be a large part of our protein intake globally.

With knowledge gained from industrial chemistry, biomaterials, fuels, therapeutics, medicine industries, fermentation has come into its own in the alternative protein market. Mycelium, microalgae, microbes and other fermentation products are set to continue, especially as regulation and policy back them. For example, Chinese investors and policy makers are hoping to diversify the Chinese protein supply and reduce emissions through fermentation cell-based protein technology*.

Companies using biomass and precision fermentation have seen significant investments over the past years, proving the potential for fermentation to be a drive in the space. This creates even more trust in this second wave of fermentation companies due to the learning, experience and validation of previous technology.

We know that the land, water, time and resources required to produce meat is astronomical. Beef can emit up to 100kg of carbon for every 1kg produced*. That’s roughly 50x more than the footprint of corn or beans*. If the goal is protein production, the contrast is just as stark; 100g beef protein emits almost 50kg of CO2*, uses 164m2 of land* and withdraws 1375L freshwater* compared to 100g of soy protein which emits less than 2kg*, uses 2m2 of land* and withdraws just 93L of water*.

The exact footprint, land use or water use of fermentation products is of course dependant on a range of factors: location, transport energy sources etc. While research is currently limited, initial life cycle assessments are suggesting fermentation ingredients could be 100x more land efficient, 10-25x more feedstock efficient, 20x more time efficient, and 10x more water efficient*. For example, an estimated precision fermentation for milk proteins was shown to have a 91-97% GHG reduction alongside reducing water up to 99% and land by up to 60%*.

A rising trend in fermentation is also to use sidestream as feedstock to microorganisms in fermentation, instead of sugar or other inputs. It’s a win from all perspectives as costs are reduced and some sidestreams that aren’t typically suited for other applications are easily utilised by microorganisms, especially mycoprotein*. This more circular approach is taken by NoPalm Ingredients in producing a microbial oil as a palm oil replacement. An even greater advantage is achieved when fermentation facilities are located near the side stream source. In this way, they can benefit from the location, design, quality of side-stream fermentations, reduced costs and lower carbon footprint*.

Fermentation is one of the most interesting markets within food systems to watch. There is growth in all three types of protein: traditional, biomass and precision, with many products combining technologies from multiple types of fermentation. Fermentation products are creating products that seriously challenge animal products on nutritional profile, safety and resource intensity. As the population grows, so is the demand for ethical and sustainable products, putting mycelium, microalgae, microbes and fermented plant foods in an ideal position to achieve global success.