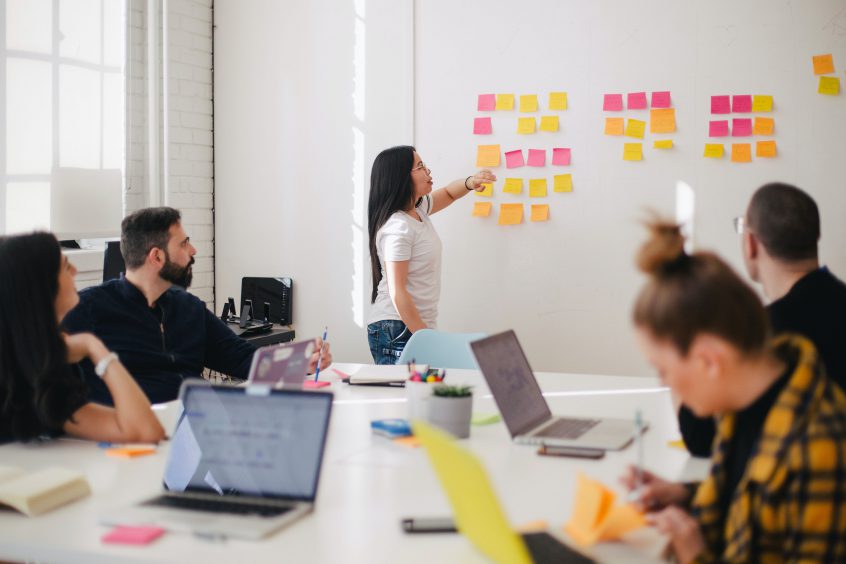 According to a study done by McKinsey, gender and ethnic diverse teams outperform by nearly 30% teams with fewer women and ethnic-diversity. At Icos we believe that increasing diversity in business means more thoughtful solutions, higher productivity and a stronger change of success for scaling companies. Alongside the release of our Annual Report, focused on people – planet – profit, we have asked Nityen Lal and Veronique de Bruijn, Icos partners and diversity leaders in venture capital, some questions about the state of diversity, what it means and how it can be nurtured and grown.

1. Why is diversity important for Icos?

Véronique: The challenges proposed to us as humanity at this time are not simple. We’re looking at very complex and multi-faceted problems that won’t be solved with simple linear solutions by typical ‘white male autocratic’ leadership. What’s required to overcome these challenges is out of the box thinking, by people and blended teams with experience and creativity beyond what the archetypical founder or leader possesses. That in practice means that Icos needs to be backing people from all genders, races, sexual orientations, abilities and backgrounds. In our current portfolio 42% of companies are led by minority origin founders and Icos team itself is composed of more than 50% women and minority including partners.

Nityen: Venture capital is about investing in thought leaders that have proven to win against the odds and in spite of weak start position. Entrepreneurs and leaders emerging from minority are excellent candidates because they have already proven their ability to win while being a minority and shown their grit. For example, women or minority usually have to fight twice as hard to win the same position because they need to go against the status quo. We believe they are also excellent choice to run a startup which we observe on daily basis in our minority led companies like InnovoPro or Carbon Clean.

2. How do you focus on diversity / how are you built with diversity ingrained?

Nityen: We believe that diversity is a matter of mindset. Women account for only 13%, 10% and 6% of decision-makers in British, US and Dutch VC firms respectively. Icos Capital is one of the few European VC firms with diverse team and this has translated into active promotion of diversity in teams. Our team is convinced about benefits of diversity in teams and minority “grit” advantage. This is reflected in whom we invest and how we promote diversity in management teams.

Véronique: There are few teams with such diversity as the Icos team. The founders brought together a range of age and backgrounds and shifted their mindset to go against the norm from the outset. Their first team expansions had a focus of increasing their diversity even more, choosing myself as the first female team member and continuing that to now, being a team that consists of more than 50%  women. That’s something that really has given us an incredible advantage in the venture capital impact space.

4. What are the key learnings from analysing portfolio diversity?

Véronique: We know that a well balanced team is based on a blend of backgrounds and we are glad to see that in our portfolio. For a company to reach its goal, there are many different paths that can be taken, and diversity allows a light to be shined on those other paths. We see a bigger need to consider more diversity metrics in the future with Icos and our portfolio companies, including gender as a whole, ethnicity and educational background. Just as women are disadvantaged by lacking role model women in leadership, we believe this applies to migrants, first generation higher education graduates and different ethnicities. Given this, we have also reflected on our ability to raise these points more often in board meetings and inspire more diverse teams and diverse thinking in our portfolio companies.

5. Why are there so few companies led by women or minority in Europe?

Véronique: Only 20% of startups globally have at least one female founder*. That’s universally true, across any continent, startups led by men are far more prevalent. These statistics are exacerbated in the private equity and venture capital sphere, with only 2.3% of all VC funding globally going to women led startups*. In my experience, that’s something I’ve experienced more in Europe than in the US and Silicon Valley. It seems as though this is the case, because the founders are often highlighted and featured at events and in the news more than the entire team. That puts the focus on the traditional image of the founder, as being a man of European origin. The good news is, that we can change this, along with other investors and funds, and invest more in women and mixed-gender led startups, creating role models for earlier stage women led startups and promoting gender equality in the innovation arena.

6. What are the biggest diversity challenges you have faced?

Nityen: We’ve learned from ourselves and our portfolio companies that diversity isn’t something to be checked up upon once per year, but ought be integrated carefully into team building decisions. People tend to rely on their current network for partnership and team growth, but that often invites the same kind of people as already exist in the team; teams that begin with diversity, keep growing in diversity. This is especially the case in data / STEM environment. One of our biggest challenges is making this a discussion point in board meetings, especially when the companies are successful with their current team. Venture capital investors ought to intervene and ensure that diversity and minority “grit” is emphasized.

Véronique: Diversity should be seen as a strength, and not just a quota. However, the portfolio companies we partner with now are more diverse, and are more open to changing their mindset, which helps build diversity at every level.

7. How can VC and private equity fully embrace and accelerate diversity?

Véronique: By using formal and informal influence. In a formal setting, VCs and private equity partners that secure board seats, promote diverse key management and reserve the right to hire and fire. In an informal nature, they can build, nurture and promote diverse founders and diverse teams. They can educate that by building a diverse team, you are in fact building a broader skilled as well as more resilient team. That can very easily translate to the success of the startup and create value that is felt by people and the environment in many different ways.